Does MyBurgerLab's Resurrected "Godzilla" Burger From 2013 Deserve Its Second Life? 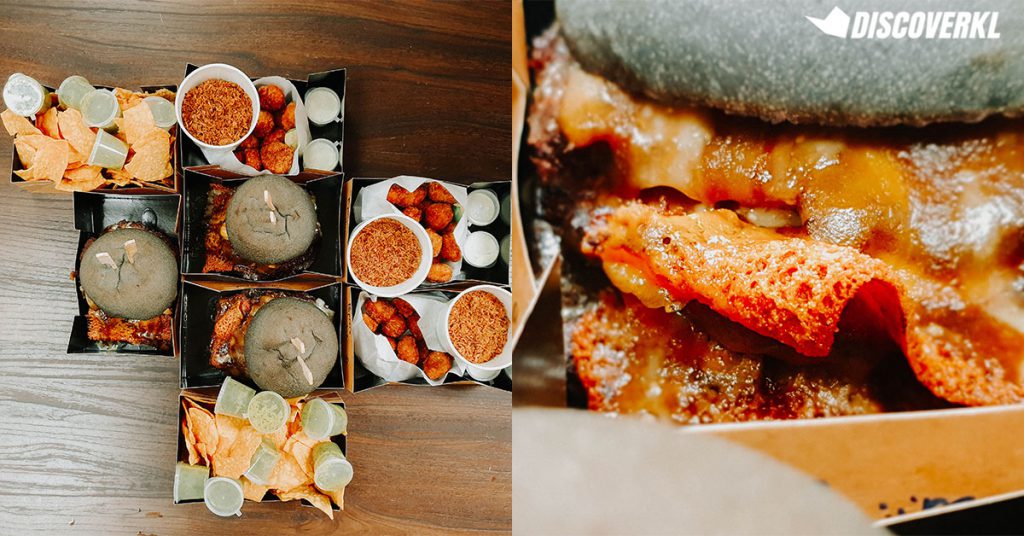 MyBurgerLab is famed for their creative flavour explosions in between two charcoal buns, much like Godzilla and its knack for rampaging around cities and swatting ‘copters from the air like flies.

This monster (the Godzilla, not the burger) first appeared on screen in 1954 as Ishiro Honda’s creation inspired by 1953’s The Beast From 20,000 Fathoms. Created alongside humanity’s suffering from the atomic bombing of Hiroshima and Nagasaki during World War II, this monster has seen up to 32 movies being created about it.

Hence, in conjuction with the release of Michael Dougherty’s Godzilla: King of the Monsters movie, myBurgerLab has brought back The Gojira.

Created after the radioactive antihero, The Gojira (ゴジラ) is a Triple Mustard-grilled Onion Beef patty burger. Cavin of MyBurgerLab shared with us that they wanted to create a burger that was truly a monster in flavour and size. It was created back in 2013 and now sees a resurgence in 2019.

In conjunction with the release of the movie, they’re serving up another round of pungentness after their sambal petai and blue cheese number. This time it’s a wasabi and blue cheese triple threat. By the looks of it, we knew this burger was not to be easily devoured.

Hefty to the feel, the fluffy buns and juicy patty were soft enough to press down and fit in one bite. Then comes a tsunami of very Asian flavours.

Teriyaki Wasabi sauce and mild Blue Cheese dressing, it was pungent to the nose and fermented to the taste. Imagine the tear-inducing smell of wasabi with a pungent creamy taste of the blue cheese combined.

Lying on a bed of lettuce was a delicate mash of grilled onion, beef patty and cheddar cheese flavours. The juiciness of the Animal Style (Mustard Grilled Onion Patties) and Crispy ‘Cheese Crust’ created an interesting texture too.

While the discovery of this burger was accidental, the process is methodological. The patties are smashed on the grill to create crispy edges while maintaining the juicy centre. It is then layered with onions and mustard sauce for a punch of flavours.

However, if your stomach isn’t ready to inhale such a beast, they’ve also got a double pattied baby Gojira for RM25.

To really make this a feast, add-on a serving of Serunding Popcorn Chicken.

The popcorn chicken is crispy on the outside and soft on the inside. Complemented with a creamy lime dip, the serunding adds a spicy sweet kick to the tangy and savoury base.

Alternatively, have it with their nachos and refreshing salsa dip. The nachos are sweet and spicy whereas the salsa dip had a strong cilantro taste and smell.

Overall, the burger poses quite a threat, size and stench-wise. Personally, I don’t hate the taste of blue cheese and the spice of the wasabi wasn’t too overbearing. However, one colleague found it barely noticeable while another found it repulsive.

The Gojira and Baby Gojira will be available at all mBL Labs till early June, while stocks lasts.