Some places, you go to for the food. After our previous review of Signature by the Hill’s new menu, I figured I’ll only return for the ambience, which by the way, is fantastic.

Should have mentioned that in the last write-up.

This round, Sarah and I—DiscoverKL’s fussiest critics return to Signature—this time to try their classic dishes.

The drink pictured above is the titillatingly named Coco’s Nuts (RM28), which is normally served in a coconut. We didn’t mind the glasses though—the play of colours made for a good picture against the blueness of the city outside.

Coco’s Nuts is, as the menu told us, a mix of Malibu, Rum, Banana Liqueur and Coconut Cream. The coconut overpowered everything else, and I personally would prefer more of an alcohol-kick when I have a drink.

We were hungry and very ready for the first starter, Duck Wraps (RM30).

Accompanied by spring onions, cucumber and also a selection of three sauces, I’m sure most of you would recognise this as a derivative of Peking duck.

Unfortunately, if you’ve had Peking duck, then this dish would probably fall short.

The food isn’t bad. Far from it. But when it comes to flavour, there’s nothing special about it.

Why wouldn’t I just run over to a hawker store to get their duck rice at half the price, or up it a little and get the Peking duck experience?

It was at this point that Sarah brought up, “It seems more like you’re paying for the environment and the presentation, because the food is ordinary.”

Not a great start.

Knowing that Signature shines when it comes to seafood, we were hoping the next starter, Chilli Clams (RM24) would be their redemption. As a garlic-hater, I approached this dish nervously, but my fears were unfounded.

The seafood reduction was beautifully rich and buttery, but avoided the sin of being heavy. I particularly liked the mix of the herbs and lemongrass, and the clams were sweet.

This dish was made even more perfect by the sheer massive quantity of the clams.

We even clarified with the kitchen if this was the usual serving size, and they confirmed it.

Our first main was the Lamb Shank, and at RM55, it was suitably massive.

As the star of the dish, the lamb played its part well. The meat was tender, flavourful and fell off the bone.

The sprigs of asparagus were unremarkable.

The garlic mash on the other hand caused us to throw out all the critical terms as if we’re on Masterchef.

“Uninspired. Dense. Powdery,” and finally, “Did this come out from a box?”

After having a bit more of the lamb, though it was good, we did feel that it was a tad heavy. A touch of mint or maybe a dash of citrus might have helped.

The next two mains were Charred Seafood Noodles (RM36) and Chicken Rice Balls (RM28), the former being a reimagining of Char Kuey Teow and the latter, Signature’s take on the iconic Melakan specialty.

Here’s the thing. If you take on classic dishes, you have to be good at them.

Even before I take a bite, I already have high expectations. Choosing to reinterpret Malaysian favourites is almost like setting oneself up for failure. If you do it badly, it’s almost an insult to the original dish. Let’s talk about the seafood first. The sotong and clams were fine, but the prawns were mushy. The greatest issue I had with this dish was that it brought back memories.

Back when I was a student in my first year in Melbourne, I craved our local delights, which led me to order char kuey teow at one of the restaurants. I was struck by a massive wave of disappointment when I took my first bite, and these noodles brought that back.

That’s right, it tasted like CKT cooked by Westerners.

As you might guess, we were more than apprehensive about the deep-fried Chicken Rice Balls waiting for us.

As first impressions went, they were positive. The balls broke apart with a satisfying crunch, and the salted egg scent was tantalising.

After the first tentative bite, we continued with much more enthusiasm. There was a salted egg craze that swept our country a while back, and though adding salted egg to everything is a bit too much, it really worked as the crust to the chicken rice balls.

The texture of the rice itself was just right, but the chicken stuffed inside felt almost like an afterthought and didn’t contribute at all to the taste or enjoyment.

We also questioned the sauces provided along with the dish (ginger, soy and chilli, respectively). The sauces were actually good, all things considered, but they completely overpowered the salted egg, which was the best part of the dish.

Rather than a main, we thought these balls would be better as entrées, especially since there was a marked lack of protein.

It was finally time for dessert, and we were served what’s usually a crowd-pleaser, the Chocolate Lava Cake (RM26). 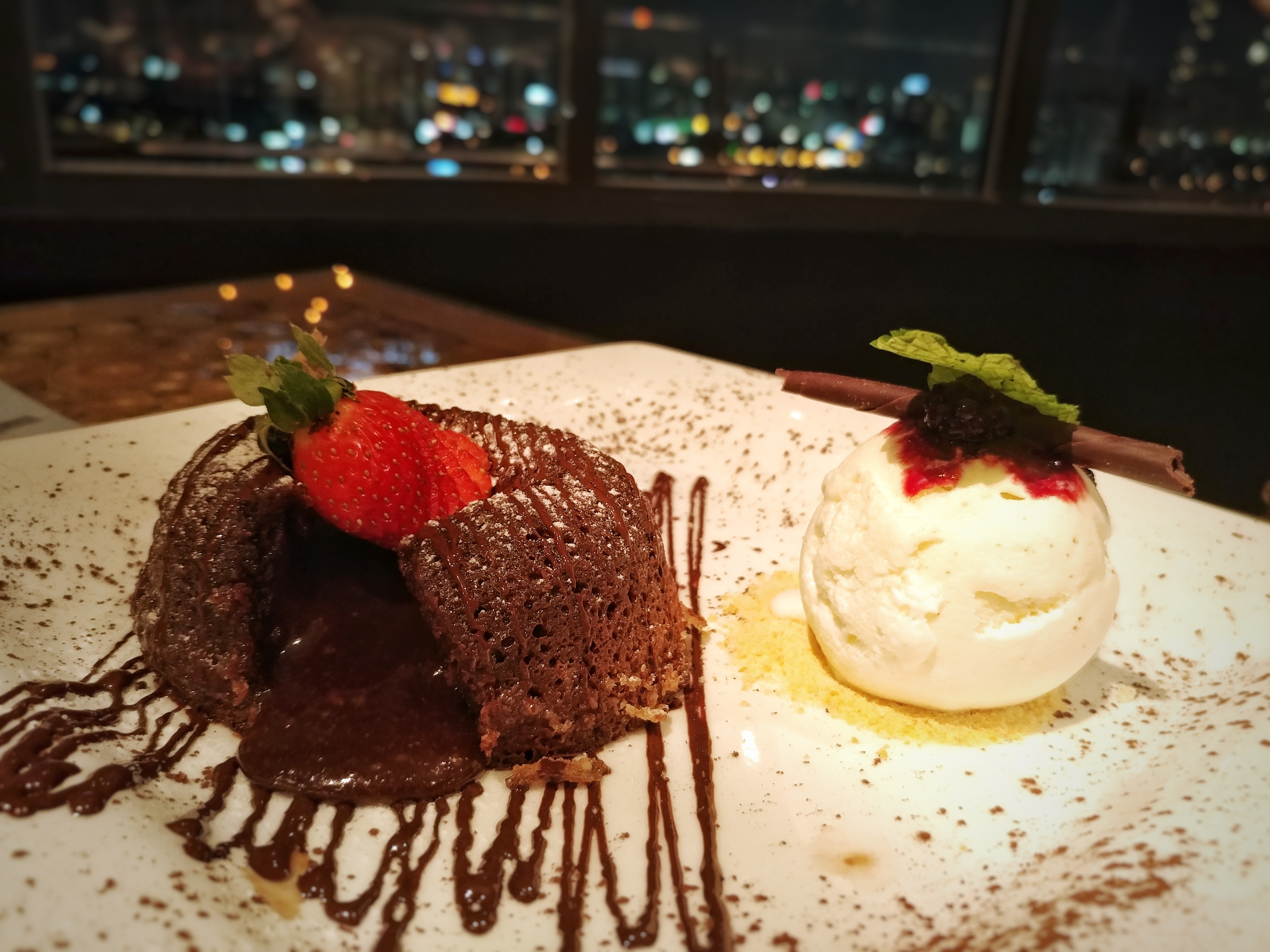 First, the plus points. It was crunchy on the outside and soft on the inside. The chocolate lava flow was suitably gooey and it wasn’t too sweet.

Now the negatives. First, the presentation. What was with the cocoa powder very randomly scattered all over the plate?

Third, and this was the clincher—it just wasn’t very “special” as a dessert. In this day and age with pâtisseries and dessert cafés mushrooming, on a scale of one to awesome, a chocolate lava cake would probably rank as a meh. For its price, it didn’t seem like it was worth it. 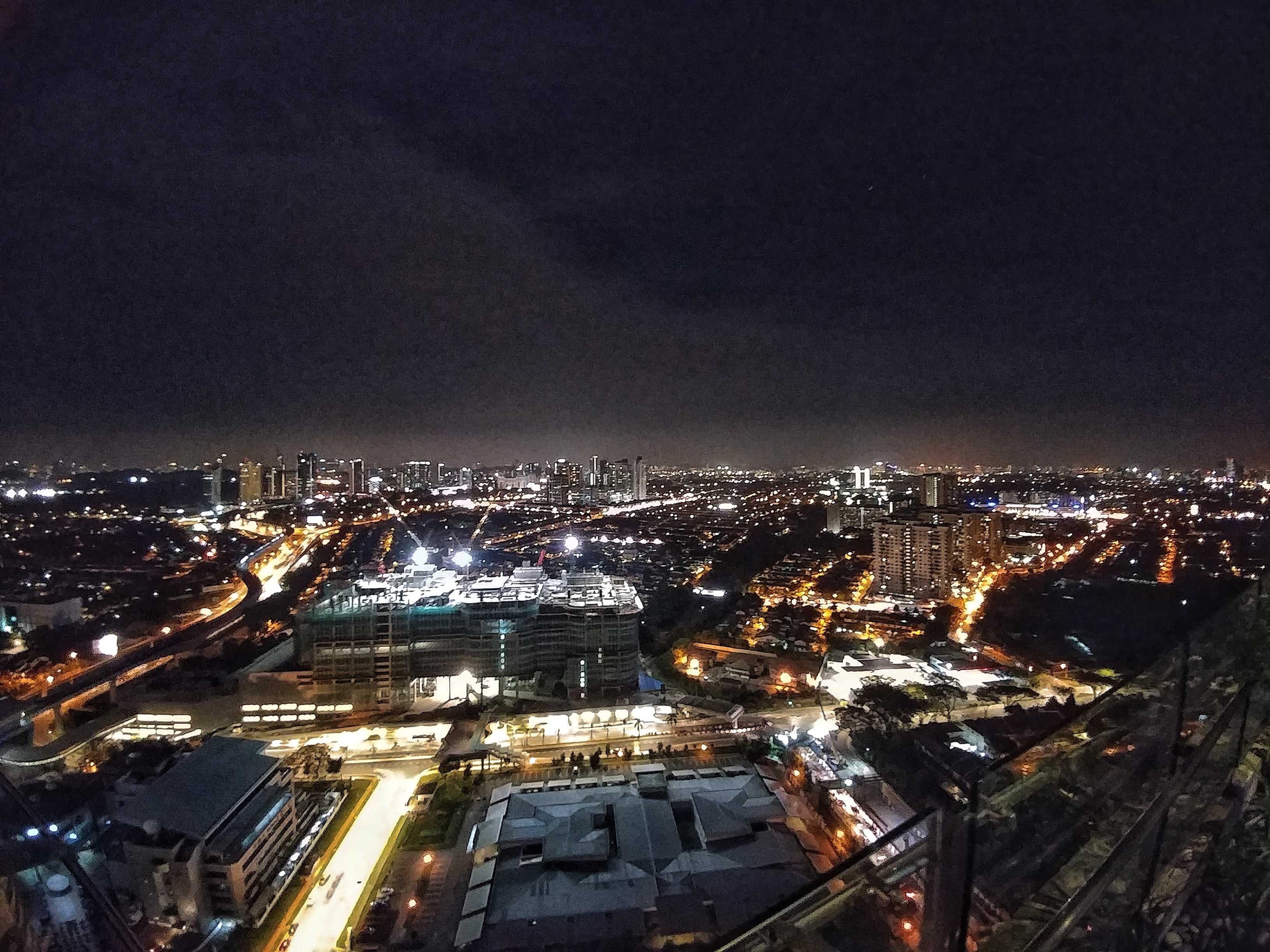 At the end of the night, we were satiated. It wasn’t always a “win” in terms of the food, but one thing Signature has going for it?

The view and their excellent service.

Would we return? Probably just for the clams. And the Chicken Rice Balls, Sarah adds.

Signature by the Hill, The Roof

Signature By The Hill