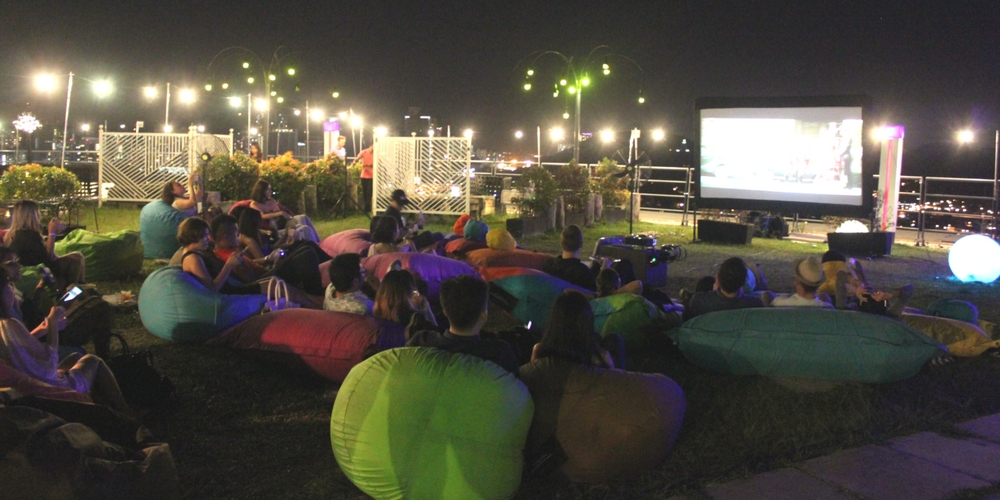 The novelty of lounging on a cosy beanbag whilst watching a movie on the rooftop, amidst the stars—that novelty will never grow old. That is why there’s a demand for Helipad Cinema in KL, after having had 4 successful rounds in the past year.
This time around, Helipad Cinema will be screening films like Step Brothers, The Texas Chainsaw Massacre, La La Land, Gravity, Drive, Grease, Step Up and Finding Dory. The 5th edition of Helipad Cinema will be ongoing from September 9-17 at Stratosphere @ The Roof, Bandar Utama.
Each movie ticket is priced between RM39-RM55 and they can be purchased at Helipad Cinema’s official website. These tickets include entry, a #Doof beanbag seat as well as 1 drink and popcorn.
While we’ve given away tickets and lifetime passes before on DiscoverKL, this time around, we’ve decided to up the game by having a Buy 1 Get 1 Free offer. This partnership is in conjunction with Helipad Cinema’s 1 year anniversary in KL.
This Buy 1 Get 1 Free promo is valid for the first 100 DiscoverKL readers to purchase tickets via the Helipad Cinema website and checkout with the “DiscoverKL” promo code.