In life, things will add up eventually and that’s exactly how Elizabeth Tan’s story reads. Music had always been a hobby of hers but her true passion was in acting. Still, she indulged in her favourite pastime by uploading Zee Avi and Yuna covers on YouTube and this led her to be discovered by a record label. Elizabeth later went on to win awards like the Best New Female Artiste at the Anugerah Planet Muzik 2015.

Her story finally comes full circle because in July 2017, a local drama in which Elizabeth plays a lead role will be aired on national television. Elizabeth told us cheekily: “I’d like to believe that I can act quite decently, and I guess I shall find out soon enough.”

Discover KL recently had the chance to catch up with the KL-born lass as she shared on everything, from what she does on her day off, to her ultimate go-to look if she’s only got 5 minutes to get ready.

1. Did you always know that music would be your ultimate career path? 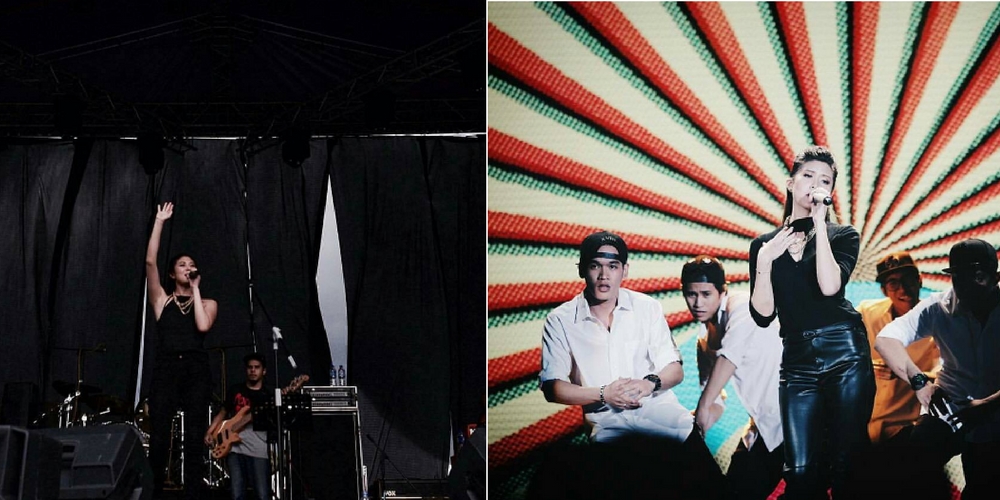 To be honest, I have never even dreamt that music would be a career option for me. Even till today, I almost cannot believe that I am able to do the things that I am doing in this entertainment industry, and to be able to call it my career. Singing was always more of just a hobby rather than a passion for me and acting is actually what I love to do most, so that’s where I am steering my career towards for this year. I am beyond grateful though, that my music has given me the platform to be able to step into the acting field.

2. Having been in the music industry for several years now, what is one ugly truth you’ve learnt about the media? Well, be it in the entertainment industry, politics, business, or any other industry really, there will always be pros and cons. I wouldn’t want to say that there is an existential “ugly truth”, but all I can say is—always remember to trust and depend on nobody else but yourself, your family, and God. Everyone else has their own agenda.

3. What are some of the perks to being a young musician in Malaysia?

I guess a perk, so to say, would be the platform that it provides. A platform that opens many other different kinds of doors in terms of connections etc., allowing us to also explore many different things. Now with the prominence of social media, this platform also becomes another source of income.

4. What’s the most memorable crowd you’ve ever performed to? The most memorable crowd for me so far would be the crowd at an outdoor festival that I performed at in Ipoh. The performance was cut short due to a storm that came out of nowhere but before that happened, the energy and the vibe of the crowd while I was singing will always be something that I could never forget. They weren’t there to judge whether I was a good singer or not, they weren’t there expecting anything else but just pure fun and entertainment. And that was exactly what we had. We had fun!

5. Besides the ukulele, what other instruments would you pick up if you had the chance to?

I actually have been through 7 years of classical piano classes, which has been a huge help to me when it comes to learning any other instruments. However, I would love to try out playing the drums maybe. I’ve tried it before but, well, let’s just say that it didn’t go very well hahaha.

6. Walk us through a day in the life of Elizabeth Tan.

This is a question that I dread answering because there really isn’t a fixed answer. I’m either having days with photo shoots, or video shoots, or meetings, or interviews, or filming, or recording, etc. But if I get a day off, I would just stay at home in my room and catch up on any television series that I would want to watch. It was of course a milestone in my career, but a milestone that I had never exactly set to begin with. I didn’t celebrate it because well.. I don’t see it as something to be celebrated. I am grateful for the people that are interested enough in my career to want to follow updates on myself, but I see it more as a wider reach of influence.

Knowingly or unknowingly, anything that Opinion Leaders say, post, or do, really does make an impact on the people that follow them.

8. How do you come up with topics for your YouTube vlogs?

I don’t plan them out, I just record myself when I do actually remember to do so. Hahaha.

9. If you could only have 3 social media apps on your phone, what would they be? 10. What are some talents that you have besides singing?

I’d like to believe that I can act quite decently, and I guess I shall find out soon enough. I’m currently playing the lead female role in a 20-episode local drama, which airs on July 31st. We’ve been shooting for a week now and I’ve been learning so much about acting and production. Hopefully the end result wouldn’t be a catastrophe on my part…hahaha!

11. If you only had 5 minutes to get ready, what look would you throw together? Shorts and a t-shirt. Even if I had an hour to get ready, that would probably be what I’d end up wearing anyway.

12. Green, purple, red. Those are just some of the colours you’ve recently dyed your hair. What colour’s next? 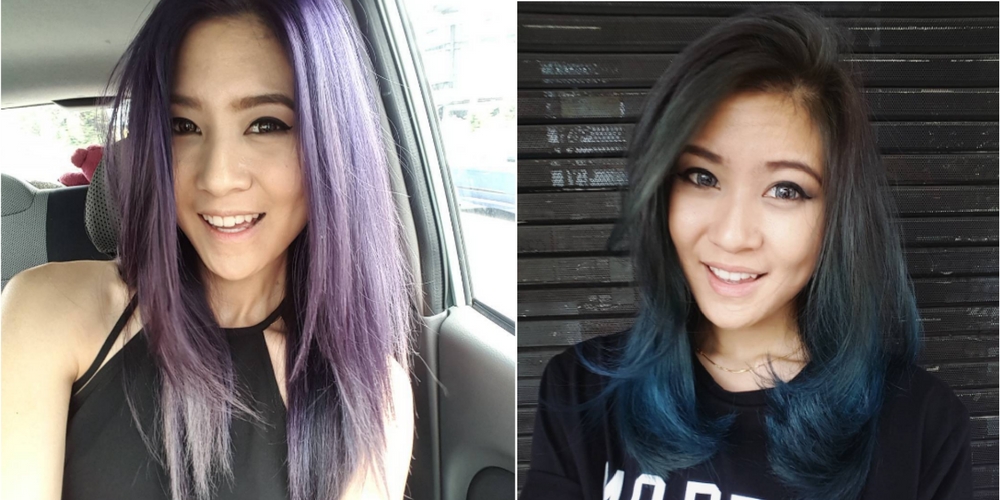 I’ve always been aiming for light gray but my hair can’t be bleached light enough to achieve that colour, so I’ll just stick with natural colours for now.

13. What are some activities you partake in to stay fit?

I’m not going to lie and say that I go to the gym often, but if and when I do go, I do a lot of cardio. I used to do muay thai but a hand injury doesn’t allow for me to do that anymore. Anywhere in the U.S. really. I love America so much hahah.

15. What qualities do you look for in a significant other and are you still single? Well, he definitely has to be taller than me hahaha. He’s got to be someone hardworking and someone who is kindhearted and caring—not just to me but to everyone that he meets. Someone who has the same core values and beliefs as me, and most importantly, someone whom my family willingly accepts. And yes, I am very much still single. 🙂