Attractions
Out Of KL
Travel

An Algae Is Turning Miri's Tusan Beach Into A Stunning Neon Blue Colour By Night! 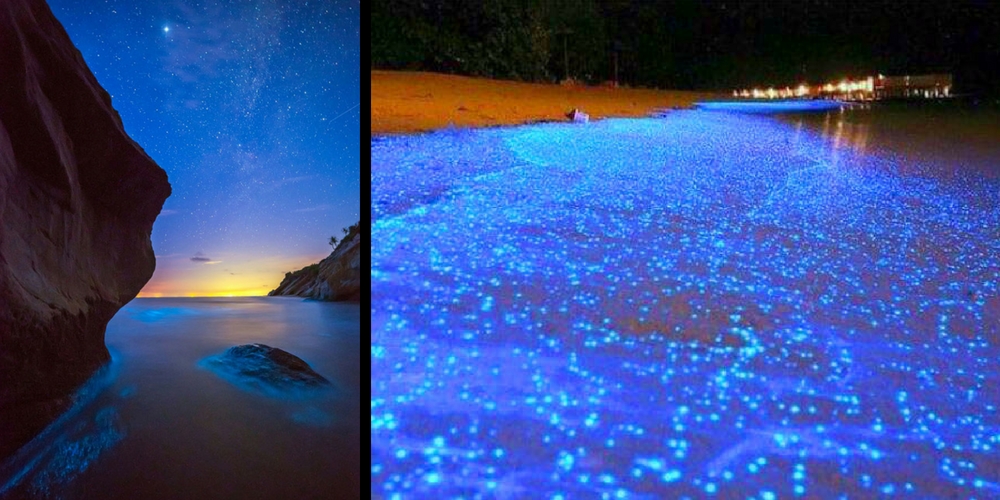 ‘Blue Tears’ occurs when a certain algae called dinoflagellates is disturbed by motion. The phenomenon caused by the algae then produces a stunning glowing blue light that can be observed for miles. ‘Blue Tears’ occurs in Taiwan as well at their beach called Matsu Islands. Well, Malaysia has its very own ‘Blue Tears’ beach too, and it is located in Miri, Sarawak.

It is Malaysia’s hidden gem and when the night is dark, one can truly enjoy the electric blue waves as they come and go with the tides. As it is harder to reach than most of the other beaches in the area, it remains as Miri’s little secret.

Through videos of the Tusan beach, one can enjoy watching the water which is being illuminated by bright blue lights, almost as if the waves have been adorned with fairy lights. With each crashing wave, the algaes would secrete the blue light, illmunating the beach by night.

Head on over to Miri and check out this beach with your very own eyes, and be stunned by the magical beauty!