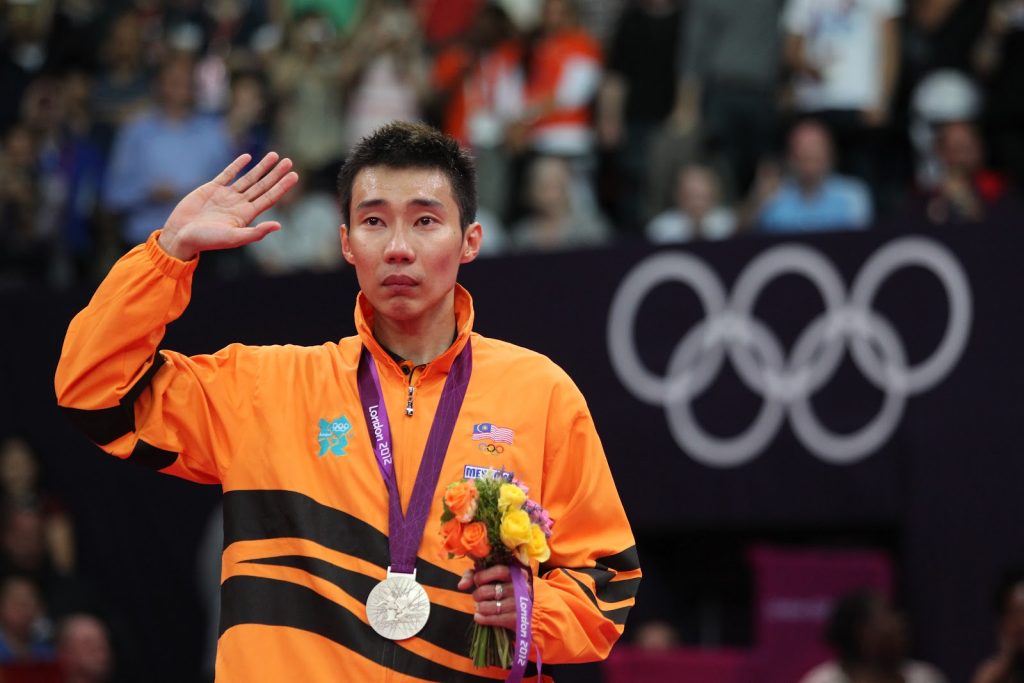 Our beloved Dato’ Lee Chong Wei has nabbed Malaysia another silver medal for his incredible performance at the Olympic badminton finals. Hundreds of thousands of eager Malaysians were watching his every move on that court, palms sweating, perspiration pouring down our faces, on the edges of our seats with hot anticipation. We cheered his every point, and boo-ed his every loss.

The same could be said to the online community, where thousands upon thousands of netizens were live-posting the immensely tense match. After it was over, an outpouring of love and appreciation were sent Chong Wei’s way, and it’s guaranteed to warm your heart and bring a smile (and maybe a tear) to your face. (What would China want all those gold medals for anyway? They can just make imitations of those Olympic gold medals right?)

While others were being optimistic and looking on the bright side of his loss: 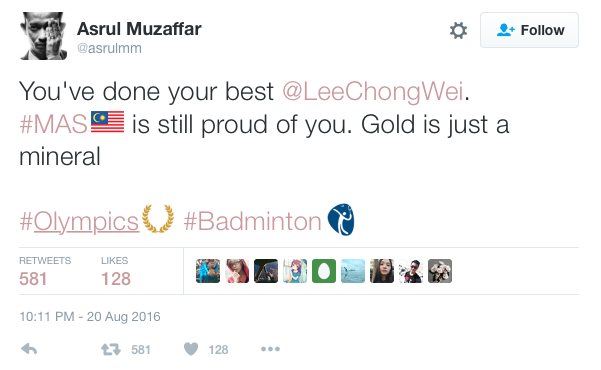 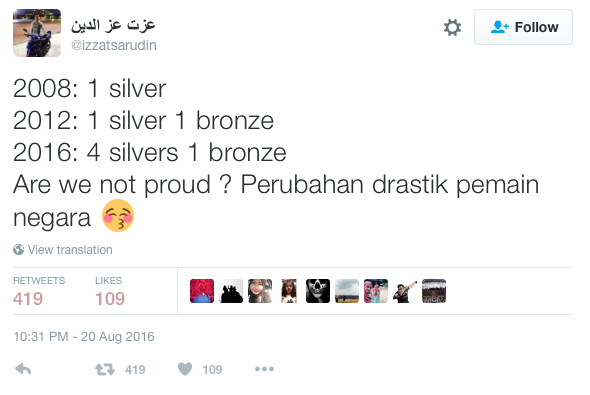 (Drastic improvement in our country’s players) 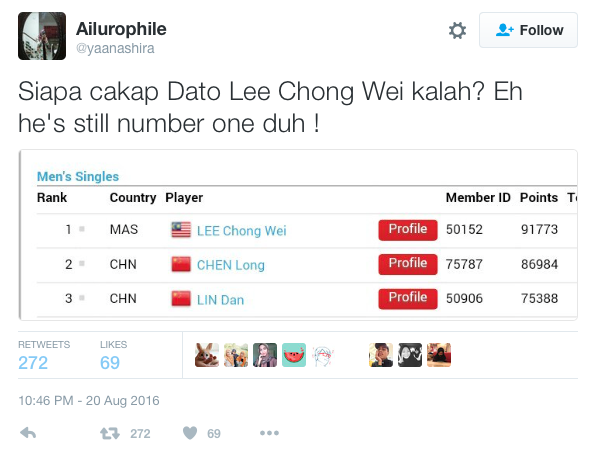 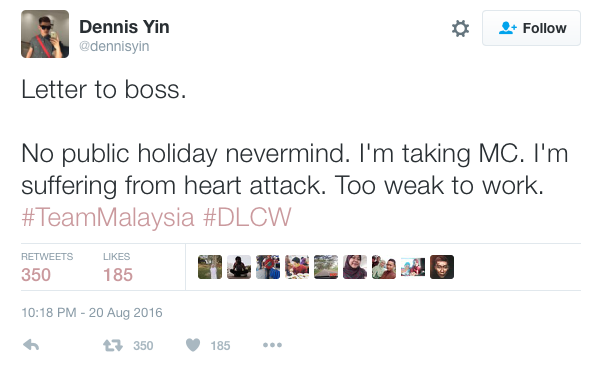 Loads and loads of people were eternally grateful to Chong Wei for uniting our nation: 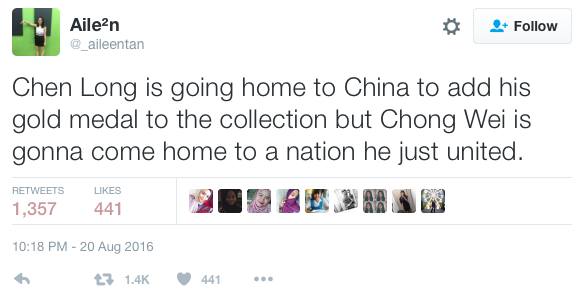 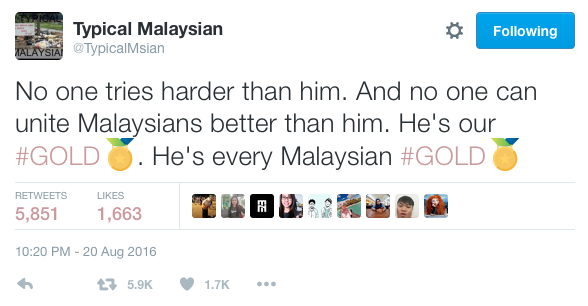 Many were lamenting the closing of Chong Wei’s Olympic career:

(I’m not sad LCW lost. I’m sad because this is his last Olympics.)

And of course, the memes came out to play: 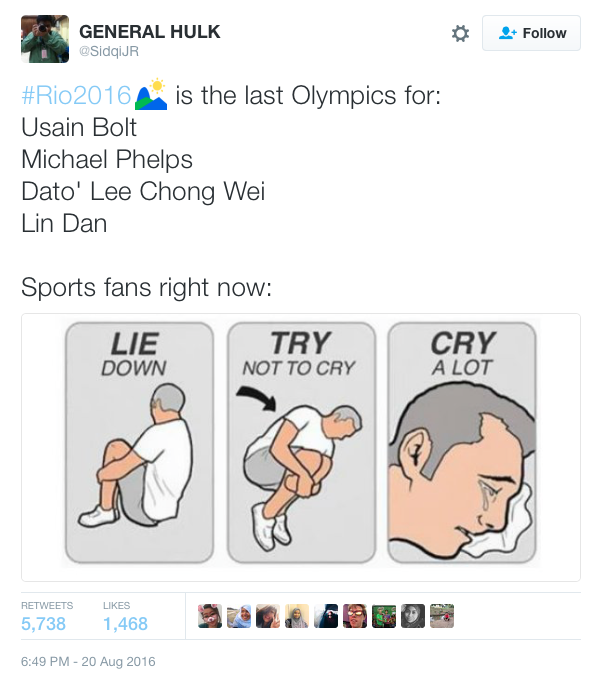 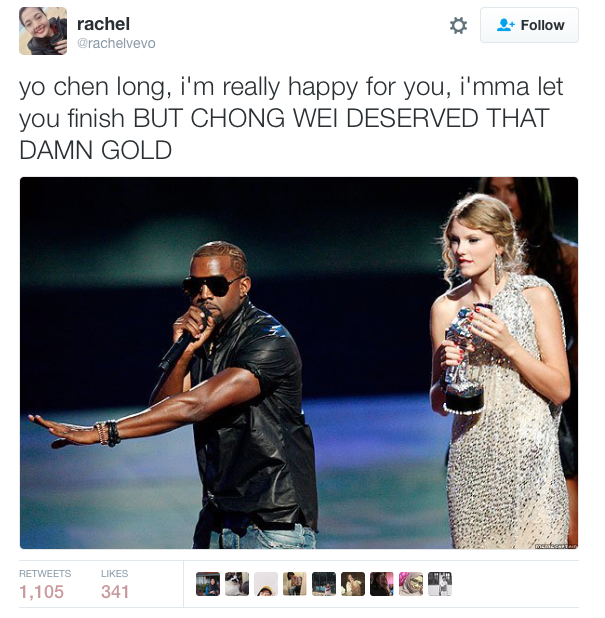 But most of all, we are all so, so proud of our national hero for everything he’s given to Malaysia: 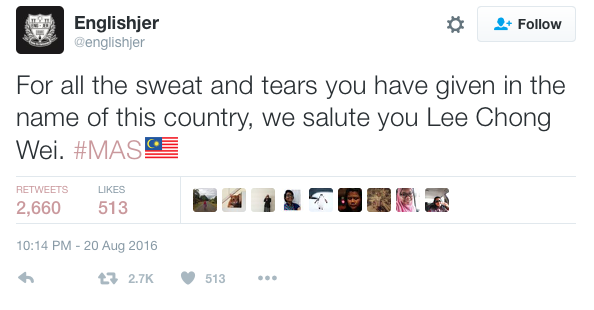 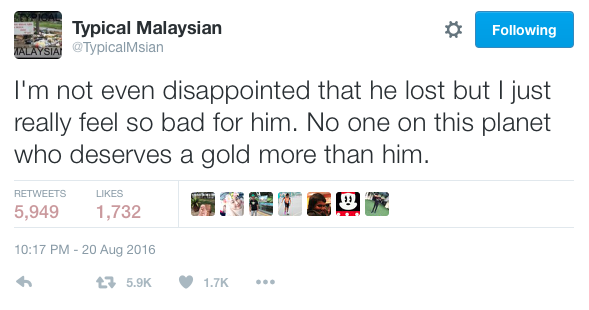 (Gold can be sought, Dato Lee Chong Wei is hard to replace.)

In closing, nothing more can be said than this: