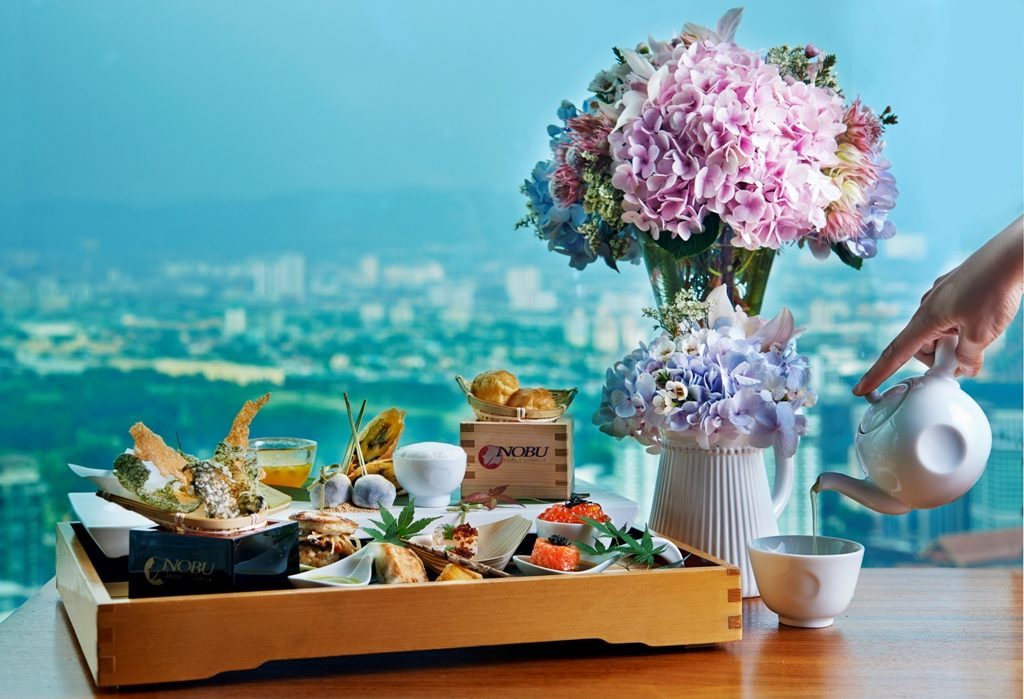 Upon hearing the words ‘Michelin star’, most of us will automatically think of the utmost luxury in dining, or restaurants with the finest dishes, ambience, service, and décor (price tag too, of course). If you aren’t familiar with Michelin star ratings, it’s considered to be the highest honour a restaurant can receive, and eateries will only be awarded such an elusive rating by being the crème de la crème of restaurants in the country. Obviously, dining in a Michelin star restaurant shouldn’t be an everyday affair, but indulging in exquisite food every once in a while is acceptable, right? And you don’t have to travel far to get it, here’s a list of Michelin-starred experiences you can get in our own city of KL:

Nobu is a world-famous, Michelin-starred restaurant franchise, and anybody who’s anybody will have been to their original New York or Las Vegas branches to sample some of Nobu-san’s signature East-Meets-West cuisine. The artful fusion of traditional Japanese techniques and ingredients with spicy elements of Peruvian cuisine has made Nobu one of the most sought-after names in the fine dining sphere. No wonder that it’s a popular A-list celebrity hangout! And now there’s one in KL for you to visit for yourself, on the 56th floor of KLCC. Not only will you be dining in one of the most prominent restaurants in KL, but paired with sweeping views of the city, your night will most definitely be made.

Helmed by Japanese-American chef Jeff Ramsey (no relation to Gordon Ramsay!), this restaurant claims to be the first ever restaurant in Malaysia started by a Michelin-starred chef. And they don’t take that title lightly! Specialising in ‘Japas’, a fusion of Japanese flavours into traditional tapas, Babe advocates ‘fun dining’, as opposed to fine dining, to give patrons a unique experience every time they step into their doors. When dining at Babe, you’ll be served with 15 Japas dishes that evolve daily, according to what the chef has been cooking up in the kitchen. With plenty of innovative and fun dishes lined up for you, you’ll definitely be having quite an interesting meal!

Hong Kong’s world famous wanton noodles has finally made its way to our shores, in the form of Mak’s Chee Authentic Wonton in One Utama. Their noodles are as authentic as can get, seeing as the owner of Mak’s Chee’s grandfather-in-law is considered to be the actual inventor of Cantonese wanton noodles! Now that’s definitely something big to live up to! The original branch in Hong Kong has been officially recognized by Michelin and given a nod by the Bib Gourmand, and their new outlet here will live up to the name as best as possible. I’ve even heard people saying that our Malaysian outlet tastes even better than the original! Drop by One Utama and judge for yourself!

Pang’s Kitchen is a Chinese food restaurant bearing a Michelin star that has opened an outlet here in Malaysia. It’s the first foreign branch of this popular Hong Kong eatery, so us Malaysians should feel flattered! Specializing in traditional Chinese cuisine, but with a gourmet twist, Pang’s Kitchen @ Voizsup in Taman Desa is on par with its Hong Kong counterpart, as made sure of by their original outlet’s owners. With a menu spanning over 150 dishes, it would be almost impossible to not find something you’d enjoy from this revered eatery! If you’re planning to come for dinner, make sure to come early or book a reservation, it’s likely there will be a queue snaking out of their doors during peak hours!

If you’re a lover of all things dim sum, you must have heard about Tim Ho Wan, the extremely well-known dim sum franchise from Hong Kong with a Michelin star to their name. Now that they’ve opened a couple of branches in KL, us Malaysians can have a taste of their signature dishes and see what all the fuss is about. People have been queuing up in front of the restaurant before it even opens, in order to secure a seat and not have to wait upwards of an hour to dine in this prestigious restaurant. And you wouldn’t have to fork out too much money to eat here, compared to the other places on this list, this is one of the more affordable ones!

This Japanese restaurant is branching off from Sushi Saito in Tokyo, with three Michelin stars to their name and a rumoured 6-month-long waitlist to get in. Head chef of the Tokyo branch, Takashi Saito, is the youngest sushi chef to have been awarded such an honour of three Michelin stars, so you know he means business when it comes to sushi. Ingredients will be airflown into the country three times weekly, and the menu here will be the same as what will be served in Tokyo itself. But with such prominent distinction and accolades, their price tags will be just as high of course. Be prepared to fork out upwards of RM1000 per person for dinner! After all, they’re not touted ‘the best sushi restaurant in the world’ for nothing!

Din Tai Fung is another dim sum restaurant that has made its rounds across the globe, with over 100 outlets worldwide. It was even named one of the top 10 best restaurants by The New York Times! And with accolades such as those, it’s no surprise that one of their branches in Hong Kong has been awarded the esteemed Michelin star. Don’t worry though, their quality of food is standardized among all their outlets, so you’ll be sure to be eating Michelin-level food when dining there. Famed for their signature xiao long bao, drop by one of their branches in KL to try out their world-class fare for yourself!

So now you know where to get Michelin-rated food right here in our city. Have you been to these places before, and what did you think? If you know of any other Michelin star experiences in KL, let everybody know down below!