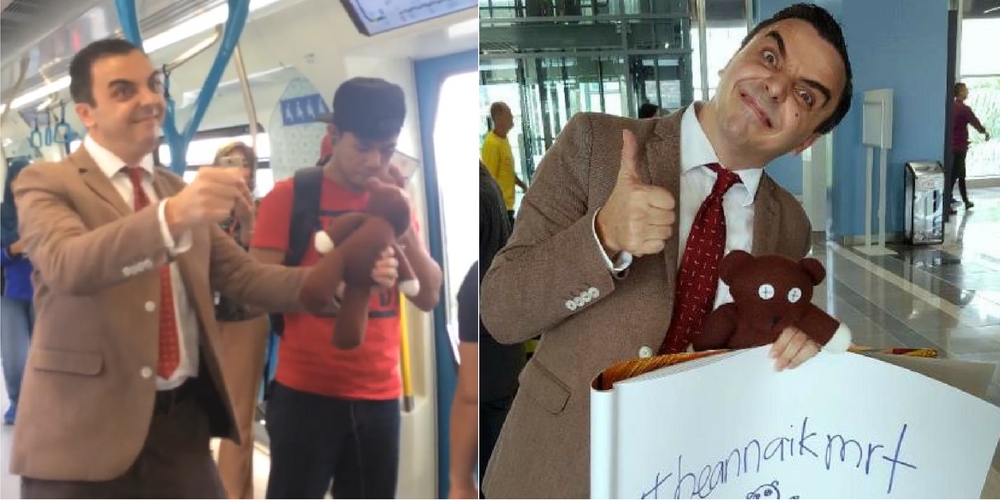 Mr Bean is known for his playful personality and what better person to bring a little Christmas cheer than the British comedian himself?

Now while Mr Bean was not actually seen boarding an MRT around Klang Valley recently, a Bean impersonator definitely was.

It is none other than Mr Bean impersonator, Faiket Lauri.

He was dressed in the unmistakeable Mr Bean brown suit and was even walking around with Teddy. Faiket boarded the MRT as part of a video for an NGO known as The Giving Bank which focuses on humanitarian, education, medicine and charity.

The Giving Bank is set to be launched officially in January with projects including Bike to School which will allow underprivileged children a chance to bike to school instead of walking.

It certainly is an interesting sight to see Mr Bean around Klang Valley with his trademark smile. Readers, did you see him around as well?

Here are some of the coolest Malaysian fitness babes on Instagram that you should follow to inspire you to up your fitness game.

SPOTTED: Taiwanese Heartthrob Sunny Wang’s Down In KL To Launch His Streetwear Brand

Here are some of the most inspirational and iconic Malaysian moments in 2017.

Discover KL interviews Daphne Iking as she shares on motherhood, life in media, her passion for yoga as well as what it's like to be a Malaysian Sabahan.